BOROUGH MARKET is rich with history, but it remains as relevant now as it has ever been. As London’s oldest food market, it has been serving the people of Southwark for 1,000 years, and that extraordinary heritage is an important part of its appeal.

But this is not a museum piece—it is a dynamic, ever-changing institution; a participant in the wider debates around what we eat and where it comes from; a place where food is talked about almost as enthusiastically as it is consumed.

First and foremost, though, it is a source of genuinely exceptional produce. Many of the Market’s stallholders are themselves producers: the farmer who reared the animal, the fisherman who caught the fish, the baker who baked the bread. Other traders have built their reputations on seeking out small-scale artisan producers and bringing their wares to Borough. Together, the Market’s stalls, shops and restaurants reflect London’s status as a truly global city, with traditional British produce sitting alongside regional specialities from around the world.

Borough Market is a riot of colours, smells and human engagement. The traders—a vast repository of culinary knowledge—are only too happy to share their expertise with shoppers, or else just pass the time of day. Their voices are added to by the chefs, food writers, campaigners and teachers who help make the Market’s cookery demonstrations, publications, public debates and educational programmes so highly regarded.

On a recent trip out the beautiful Columbia River Gorge, I stopped at the Portland Women's Forum State Scenic Viewpoint and was treated to these conditions. I have visited these locations in the past but conditions were not right to capture what I wanted. On this night, because of recent rain, water flow was heavier at Latourell Falls and because of the stormy skies, the conditions over Crown Pointe were spectacular.

Latourell Falls is located just off of Historic Columbia River Hwy. Here is a link to the trailhead. Latourell Falls consists of an upper and lower falls. The upper falls are a 1.3 mile loop while the lower falls are only .3 miles. Ironically both falls are similar in formation and both are impressive. The trail to the upper falls is a moderate hike but the scenery is very rewarding. The lower falls are visible from the parking lot and the trail is a easy hike. At the falls you will find a bridge which is a very popular photo spot. I observed my people make their way to the rear of the water fall for a photo behind the falls. While this is a great Instagram picture, you will most certainly be soaked for the effort.

I stayed in this location for a couple hours waiting for the conditions to be just right. The skies would change from clear to rain to scattered clouds and then to this. I was loving the dark rain filled clouds and then the sun peeked through for just a moment to light up the Vista House at Crown Pointe. I will admit, I was a bit emotional that I was privileged to witness this moment. The moment was breathtaking. It only lasted a moment and I nearly missed it. I shot this with my Nikon D850 and my Sigma 70-200 2.8 Sport Lens (link to my gear list).

One of the things I love about being out in nature is meeting all of the people doing the same. On this night I met a wonderful family of 8 from Austin, Texas who had come to the NW to escape the heat and another traveling group from California which I was privileged to take their group photo. They all were in awe at the scenery and I was a little ashamed. You see, I have lived in the NW for over 20 years and only recently have I taken the time to get out and enjoy the incredible sights available.

It was a rare opportunity for my teenage son to agree to join me on a hike so I jumped at the opportunity and chose the relatively short hike to Panther Creek Falls. The drive takes about 1 hour 30 minutes from Portland. We chose to make the drive on HWY 14 to enjoy the slower pace and incredible scenery. We left the busy traffic of Portland behind and headed over the Glen Jackson bridge to HWY 14 past the cities of Camas, Washougal, Skamania, Stevenson and eventually Carson, Washington. When we arrived there were already a few cars in the parking lot, a cleared area which can accommodate probably 20 vehicles.  After a small snack and some water, we took our gear (click here for my gear list) and headed to the falls.  The trail head is located about 100 yards from the parking lot.  From the trail head to the falls is only about 300 yards and is a moderate hike with several easy switchbacks through a beautiful forest.  The trail is maintained by the Forest Service. In addition to the maintained trail, a viewing deck was constructed at the end of the trail which can see the main, horsetail portion of the waterfall. Those that wish to see the final, 30-foot (9.1 m) drop need to leave the trail and head to the south about 200 yards to a secondary trail which will take you to the bottom of the falls.  The trail is steep however, it has many good foot and hand holds.

I chose to spend the first hour or so of our time at the falls focused on compositions around the creek above the falls. We may not have been on location at the best time of day because of the direct sun overhead however, because of the recent rain, the sun lit the mossy surfaces and highlighted the deep greens and bronze colors in the trees. My first composition was of a small waterfall that was emerging from below a downed tree. The moss and the rocks provided great lines to draw the eye to what I was trying to focus on, the small water fall. I used a ND filter to allow for a bit longer exposure and allowed me to still the water. The second composition (the photo at the top of the blog), I love because of how the light illuminated the golden rock in the foreground and also highlighted the small ripple in the water under the downed log at the top of the image. I used no filters and shot this with my 70-200mm 2.8 Sigma Sport lens.

From the perspective of my teenage son, keep reading. In his words,

My dad and I went on a hike recently to Panther Creek Falls. From where we live in the Oregon, it was a very long drive close to an hour and a half.  On the drive my dad made me listen to his genre of music which, take it from me, is not that hip.  The hike/waterfall is in southwest Washington. Close to the border with Oregon.

Once you are able to get there you would see various cars parked on the side of the road in a "parking lot" sort of formation. That's when the trouble begins. To get down to the trail you would have to go a little way on the road back the way you came, but this time on foot. If you are facing away from the cars and toward the road, the entrance to the trail should be on the right. Once you have entered the little cutout area of bushes you will find yourself clinging to the mountain beside you, for the trail that you are walking on is narrow, but it will eventually become wider.  Once you have surpassed the narrow opening you will come to find a short walk down the mountain in a zigzag pattern until you get to an area that is fenced off. This area separates you from a river flowing beside the waterfall, if you go beyond this a few more feet you will see the waterfall.
For me, this experience was a very long one. I went down the entranced and almost fell, followed the zigzag pattern to the fenced off area, and gazed at the river, not to mention it was very loud because of all the flowing water.

My dad quickly wanted to get his photo taking adventures underway. So between where the fence ends and the lookout to the falls begins there is a cut out that you can pass through to get to the river. We did this and he set his tripod up and started taking his photos. While he was doing this I got bored and went back to the car however, because it was early afternoon on a summer day, it was very very hot. After that, I went back to the falls, and I didn't fall on the entrance again.

The overall experience of the hike was fairly enjoyable.   If you like narrow paths and thrilling adventures you would enjoy the hike as well. The path can be a bit muddy at times depending at what time of day you go and the season, but since my dad and I went in the summertime the path was fairly dry. That has its pros and cons when it comes to hiking though. If narrow paths and steep climbs are up your alley, I would recommend this trail.

Along with my 2 oldest sons, I made the wet hike to Hamilton Falls and then on to Hamilton Mountain.  This photo requires a 9 mile hike. On this day, along with my olders boys, made this hike despite the terrible conditions and cold weather. We paused here for just a moment when I witnessed the clouds part and this shear rock face appeared. I set up and we waited a couple of hours for the same condition to appear. 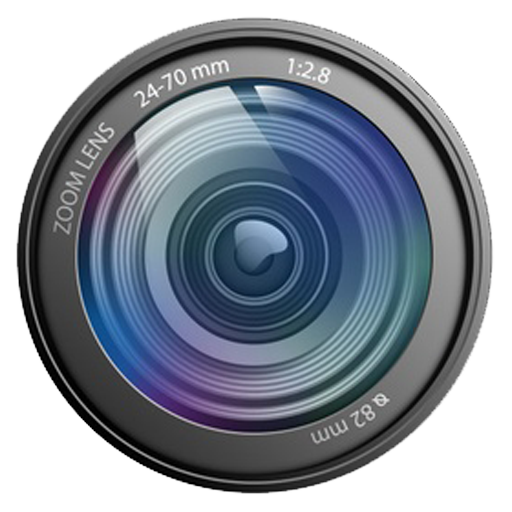